Feet Can Do The Work 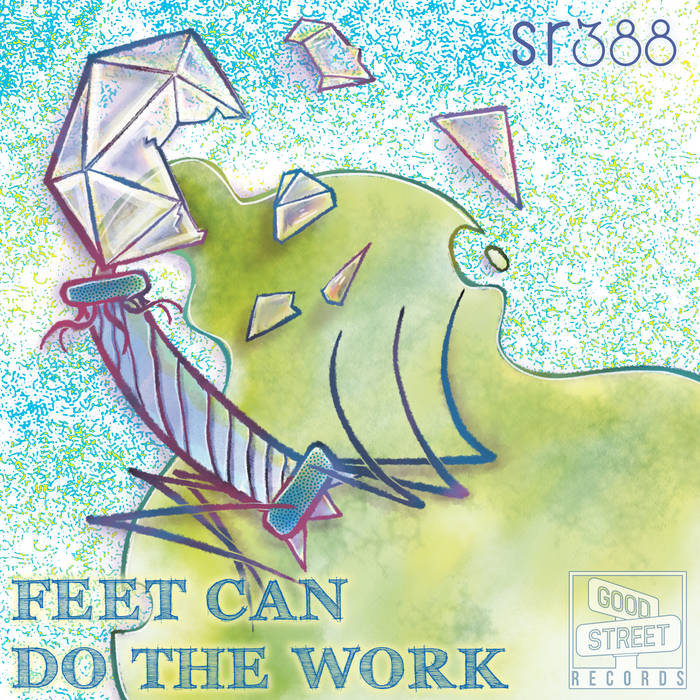 antxnio graz Background music for work: "You work for a multinational but it's year 2,102 and you work from home; big corporations control the city and the desire to live in an ecological and peaceful world has vanished for a cyberpunk world controlled by algorithms and technologies." Favorite track: Feet Can Do The Work (feat Keliomer).

M.M. No More Continues. Just listen to it. What is your problem? I AM SHOOK YOU AREN'T LISTENING TO THIS RIGHT NOW.

STAHP WHAT YOU ARE DOING AND BUY THIS Favorite track: No More Continues (feat Orko Eloheim).

Giovanni Marks Pka Subtitle is a man of many styles and means who has at various times conquered the world with a sampler and a skateboard, made Europeans feel love, taught the youth and freestyled with a large backpack on. He reigns at Get Crev Labs where you should go and buy everything released: getcrevlabs.com

Thavius Beck is the man behind a great many brilliant productions, as Adlib and under his own name as well as with Global Phlowtations Artist Committee, Saul Williams, Labwaste with Giovanni Marks, Skylar Grey, and K-The-I???, he currently does in-depth tutorial videos for Macprovideo.com and his latest album can be found on Hit + Run Records here: thehitandrun.bandcamp.com/album/technol-o-g-hnr74

Orko Eloheim is a man of many names and faces, a veteran Jungle MC and producer who has made waves with Nephilim Modulation Systems, Masters of the Universe, Left Handed Scientists, Global Phlowtations Artist Committee, Tachyon Ghettoblaster with Kaigen, as well as numerous solo releases which can be checked out here: orkoeloheim.bandcamp.com

Keliomer Castillo is the greater half of Kenan and Keliomer, an experimental group with SR388. Dealing with lasers and microchips by day, he is more machine than man. He patrols the streets of Philadelphia at night looking for the perfect beat. His music can be found here: soundcloud.com/keliomer

Riddlore is a founding member of the Project Blowed movement and a freestyle pioneer. Together with Chillin' Villain Empire, Riddlore has created many familiar styles and remains an unstoppable force. His most recent release, Afromutations, made in Uganda using field recordings can be viewed here: nyegenyegetapes.bandcamp.com/album/afromutations

DJ Giant hails from Amarillo Texas and when he's not at the decks he's running the fantastic Yellow City Street Food restaurant with his wife. A master of his craft, you can check out his works here: www.facebook.com/YellowCityStreetFood

LB Sand is a mysterious young drone pilot from the desert who appears by random asking what year it is. You can check out his eternal Doper EP at his Bandcamp here: lbsand.bandcamp.com